What to do if Web1on1 is not working for you?

Commenting or liking a Result-message

How to set up your personal Whatsapp link

Adding Potential MECs and Employees to your dashboard

Adding your Google Place (Locations) to your knowledge base

Number of chats to expect - from website visitors to chats

How does self chatting with Web1on1 as back-up work?

Why you should not use a shared user account

What does custom Chatbot development entail?

I can't login/read conversations. What to do? 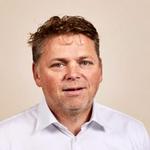 Updated 2 weeks ago by Joost Rijlaarsdam

Much alike professionals In Real Life; Chatbots in Web1on1 will typically have a career path (be promoted) when they perform well.

Let me explain the typical career of a chatbot.

The life of a bot typically starts of as an Organisation bot. Meaning it is created as a one-off bot for 1 Web1on1 Client organisation.

Look at is as a prototype. Of course it will do it job for this organisation diligently, but itś success is not a fact yet. More so we have to discover the variables / setting needed to scale the bot to the next level.

Is your bot a success? Then consider taking it to the next level. (instead of creating multiple instances of the same bot for multiple organisation, which will ultimately end up in being a management nightmare.

Has a bot proven its worth to the pilot organisation? Promote it to a level 1 (or MCC) bot.

Where is will be made available for all the MCC organisations. Thus enabling you to serve unlimited Web1on1 organisations with just 1 Chatbot instance.

For this to a happen you bot will have to be upgraded to be able to handle different configurations for different clients.

E.g. Be able to use variables like Company name or Form fields. Or request and store API keys and other secrets.

This bot can either be coded using Web1on1s SDK or create your own using our API.

Want to monetize your bot by making it available for all Web1on1 Users? For this to happen we need to ´harden´ you Chatbot by adding capabilities like:

Don worry we will support you and guide you through that process once that becomes relevant.

Finally you set the price for your bot. (e.g. price per activation, price per result). And Web1on1 will take care of invoicing and payouts.

So you can focus on what really matters, creating more successful, high performing bots.

How did we do?

Powered by HelpDocs (opens in a new tab)